Another Day, Another Pic Of “Sun Baby” Ileana D’Cruz 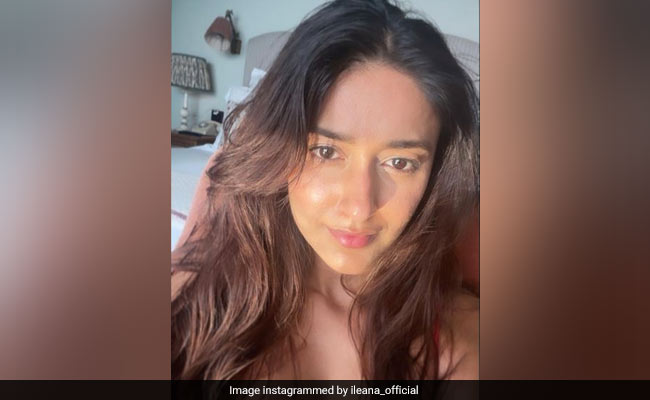 Ileana D’Cruz shared a picture on Instagram just to raise the already soaring temperature. The Barfi actress has turned into a “sun baby” this summer. The latest upload is a sun-kissed selfie. Ileana’s zero makeup look does all the talking. Her flawless skin might prompt fans to steal the diva’s beauty regime secrets. Ileana kept her tresses untamed in this one. Fans were prompt to rain likes and compliments. This casual still comes on the day her film The Big Bull was released. Abhishek Bachchan plays the lead role in the movie. He portrays the character of stockbroker Harshad Mehta. The Kookie Gulati directorial also features Sumit Vats, Nikita Dutta, Sohum Shah, Lekha Prajapati and Ram Kapoor.

If you go through Ileana’s Instagram feed, you won’t take long to notice that she loves to bask in the sun. A few of her pictures from the travel diaries show Ileana soaking up the warmth. The actress earlier uploaded a selfie in the car with the caption, “Sunshiny days and squinty happy eyes.”

In an earlier post, Ileana looked pretty in black beachwear. She also played with the sun rays through her “I woke up like this- expectations vs reality” post.

Going back to The Big Bull, the actress plays the role of a journalist. Speaking of taking on this gritty character, Ileana told The Telegraph Online, “The part is that of a journalist. She’s incredibly strong and opinionated. She is kind of like a one-woman show in a man’s world, in a way.” Ileana will be next seen in Unfair & Lovely with Randeep Hooda.

Newspaper is your news, entertainment, music fashion website. We provide you with the latest breaking news and videos straight from the entertainment industry.